Gruppo 78, the cultural association in Trieste whose main objective is the promotion of contemporary art and especially of new arts scenes using advanced technologies, is presenting the FESTIVAL 404 in Trieste. Its purpose is that of creating a centre to look at research in progress regarding the relationship between art and technology, an ‘ideas workshop’ at a European level.
FESTIVAL 404 is an International Festival of Electronic Art organised by the Associazione Astas Romas (www.astasromas.org) from Rosario (Argentina), where it takes place every year and has now reached its fifth edition.
The Festival is directed by Gina Valenti and Mariano Guzman, it will be presented in Trieste with coordination by Guillermo Giampietro and curated by Maria Campitelli.
It is an independent project which has as its main objective the circulation of artistic productions from all over the world in the electronic arts field, generating a productive environment in which the people involved can form relationships, thus encouraging experimentation and innovation of artistic language in its relationship with new technologies.

The city of Trieste was chosen because of its particular geographical and cultural characteristics, and for its openness and innovative leap towards science, knowledge and technology. (Consider Science Park, SISSA – International School for Advanced Studies, the International Centre for Theoretical Physics, the Immaginario Scientifico Science Centre etc.).

Gruppo 78 intends giving continuity to this experience; as a result it is actively participating in the promotion of this new edition of FESTIVAL 404 (with the hope other editions will follow). Gruppo 78 also proposes to operate in a culture of exchange and participation with organisations involved in ‘social work activities’ with the Department for Mental Health, cultural associations, and individuals who attend artistic and training workshops, through debates, round tables, theoretical and informal discussions. The hope is to subsequently generate, as mentioned at the beginning, an ‘ideas workshop’, capable of producing events and multimedia productions.

The invitation to participate is extended especially to schools, in particular to art school students, who, during the course of the Festival, will be directly involved trough encounters with artists from different parts of the world who are willing to explain their work, both artistically and technically, and trough guided tours.

During the Festival there will be training seminars on the use of software in an artistic form, aimed in particular at youth groups from the educational, university and research centres of the Municipality of Trieste, which are already involved in a collaborative relationship.

Even the Immaginario Scientifico Science Centre has found a place in the project, and collaboration extends to the Conservatorio Tartini/music and technology section and the Coop. Bonawentura of the Miela Theatre.
The Festival, which will be spread around various locations – Molo IV/Sala Agorà, the Miela Theatre, Immaginario Scientifico Science Centre (Grignano) and the park of S. Giovanni (ex-psychiatric hospital) – includes various sections, as follows: video-art, video-performances, installations, concerts, multi-media and performative shows, net-art, robotics, new research between art and technology. Furthermore, there will be an educational and information section, with meetings and conferences held by Italian and foreign experts.
Of around a hundred artists invited to take part in the Festival, 40 will be present in Trieste.

Some of the work exhibited will be spectacular and amazing, such as that of the well-known Canadian artist Bill Vorn, who will build a robot two metres tall, and one-and-a-half metres in length (Miela Theatre, 31st May). Or the exhibit from the Austrian Johannes Deutsch, who, with computer elaborations carried out for years, will show well-known classical musical pieces on giant screens, such as the Second Symphony of Gustav Mahler, penetrating the expressive characteristics of the music with images in continuous transformation. Lin Pey Chwen from Taiwan will construct a virtual theatre, where the characters are the famous Great Wall of China warriors guided by the spectator, who becomes the show director through a complex interactive system, reversing the traditional theatre roles. Jiacong ‘Jay’ Yan, American artist born in Shanghai, will produce an interactive set-up called “we only come out at night”, creating urban graffiti which are only visible at night, because it does not include traditional murals, but rather luminous, moving projections which transform with the participation of the public, with people’s shadows which superimpose the images. Chun Chi Wang, another artist from Taiwan, will present a urban magazine, made from text messages sent from ordinary people to give an impression of daily life, consequently establishing an immaterial network which feeds communication, creating an inter-urban space… Daniel Miller from Chicago will blend robotics, ecology and various electronic media to give an account about a site in Illinois which has seen the first nuclear reactor… And the examples could go on…

The Festival will be held under the aegis of the Province of Trieste and with the approval of Casa dell’Arte. 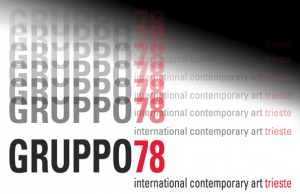